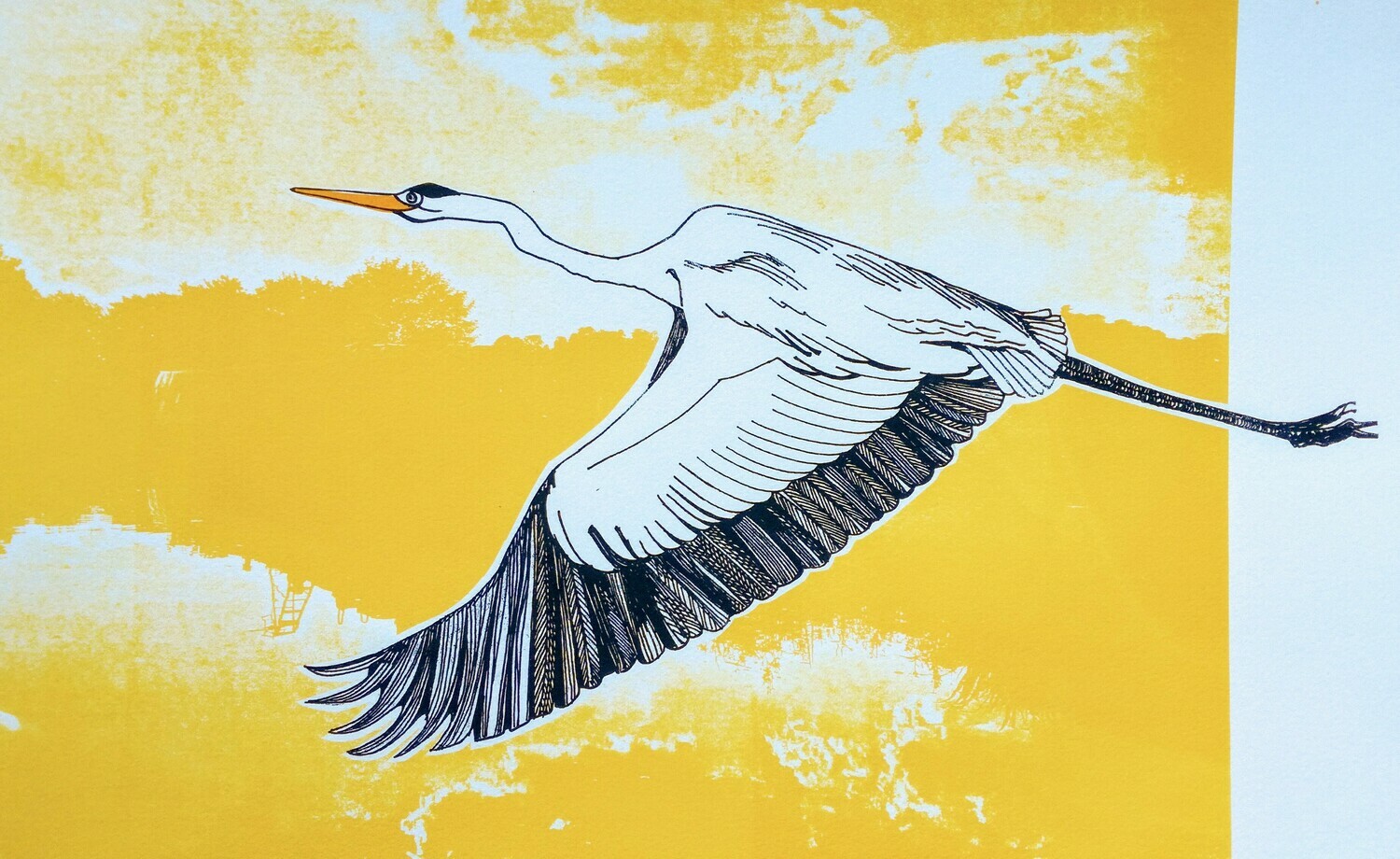 OK Heron at the Pineapple Canal

A trip on the Coal Canal, Bath, led to the meeting of three herons as we paddled by canoe along the waterway. More than once, we startled them from their perch - which inspired this print.

Initially a drawing, I worked to incorporate a simplified photo-background, to represent where we were on the Coal canal when we spied one of the herons. Hand drawn images have been exposed on to a silkscreen and hand-pulled at Spike Print Studio, Bristol.

This print became the inspiration behind a commission for Hotwells and Cliftonwood Community Association, who requested that I paint a 30 metre mural, parallel to the end of Hotwell Road/ start of the Portway (opposite the Customs House). This was the original!

Save this product for later
Display prices in: GBP

* Please note, if you have a discount code, please apply it in the Shopping bag in promo code box before checkout.